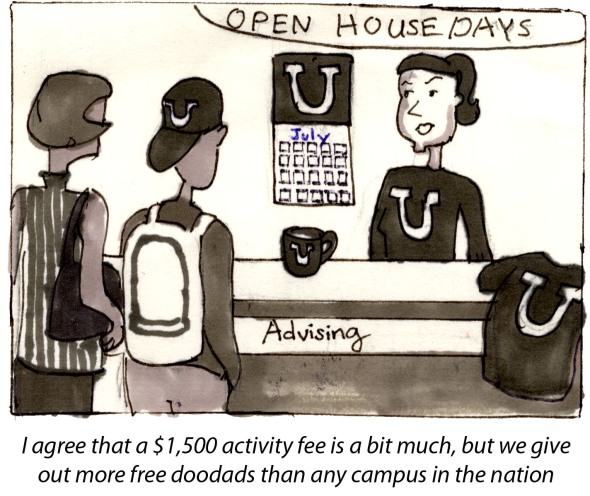 First week of class always means standing up in class and saying your name, where you’re from and your favorite movie.   When I was in elementary school we had to say our favorite ice cream flavor.   I remember waiting and waiting for it to be my turn.  I would be thinking about what would be a cool favorite ice cream flavor, sort of listening to the other kids to hear what responses they gave and how they were received.  I would be thinking “I should say vanilla.  No.  Chocolate chip cookie dough.  No, sherbet (except I didn’t know how to pronounce sherbet.  I still don’t.  Is the “t” silent?  Is there actually an “r” in it, like “sherbert?” Does anybody know how to pronounce sherbet?”) Then it would be my turn to say something and I wouldn’t be ready.  I would shout something like, “I DON’T HAVE A FAVORITE ICE CREAM FLAVOR! PLEASE DON’T HURT ME!”  and then sort of hunch over, trembling.

I thought that by the time I was a senior in college I wouldn’t do this anymore.   The first day of class this year I stood up, I totally forgot what I was supposed to say, and started shaking.

“Uh, what was I supposed to say again?”  I said in an embarrassing squeaky voice.

“Your name and your favorite movie.” said the teacher (“like every class for the past 4 years, dumb-ass,” she was probably thinking.)

And I said my favorite movie was Videodrome.

Why did I say that?  That’s like saying I like pornography and I watch it every night.

Everybody else chose something cool, edgy but not too edgy, like “Pulp Fiction.”  There is a very fine range of movies that you can say and people won’t think you’re cheesy or psychopathic.  Like you can say “Clockwork Orange,” but you can’t say “The Notebook” because that’s stupid, and you can’t say “Kids” because that’s psychopathic.  That’s why Kubrick and Tarantino are such popular directors – they make the perfect kind of movies for students to say they like on the first day of class. 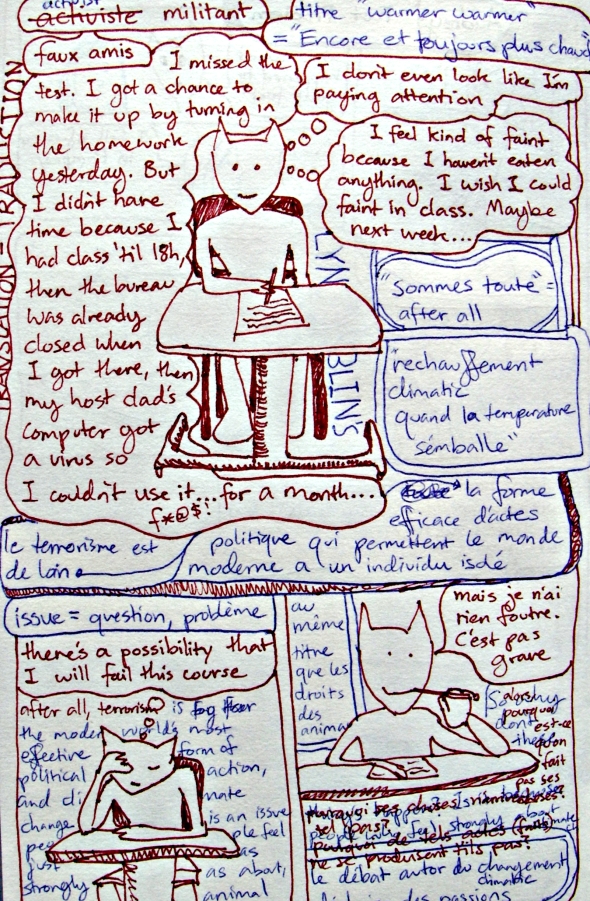